We have never been a couple to start doing things at a gradual pace, so our excitement to get on the open road had developed into a week long holiday planned in the van driving up to Scotland.

We wanted to try out our new membership to the Camping and Caravan Club, as well as Brit stops.

With the van on the drive we quickly began filling it with all the essentials; five pairs of shoes, three jackets and enough food should we never see a food store on our whole trip.  It’s strange how the fact that your traveling on wheels and ‘camping’ you begin to think you have to take all your worldly goods.  An excited panic sort of takes over and all original plans of packing light disappear!

Once we had finished work on the Friday we jumped into the van.  I feel it important to mention at this point that we were not traveling as a pair.  Nope we had decided that we would also take our beautiful 9 year old cat Dolly with us. We had spent the week coaxing her to enjoy the van. 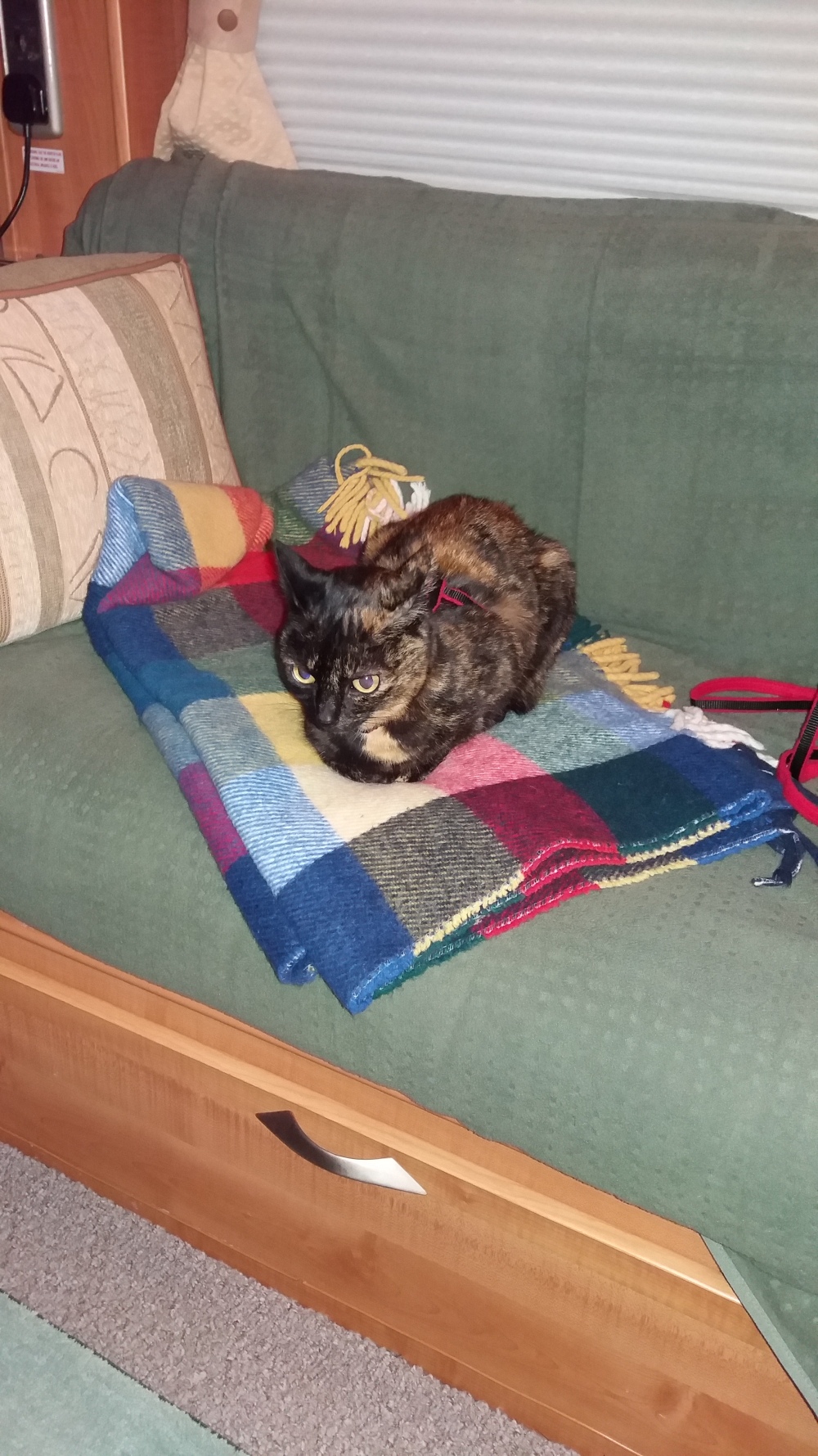 The first part of our journey was a three hour drive to Sheffield to spend the night on the drive of Pete & Sally who had very kindly offered to be our official first stop.  This certainly helped calm the nerves and release the pressure in the air of fear and panic.

On our way up we stopped at the services. This was the first time we didn’t spend a ridiculous amount on food. Instead we sat in the van in the car park eating homemade cottage pie. It was nice to not be moving and take a moment to realise that we were about to start an exciting adventure together, doing something we had never done before. On arrival at Pete and Sally’s we quickly hooked up to the electric still unsure of how everything worked in the van and not wanting Dolly to feel cold.

A good nights sleep was had by everyone, I still find sleeping in the van very calming and tranquil. We made breakfast before thanking our hosts and heading off.  Our next stop was to go to Flamborough and see the lighthouse. The reason we wanted to take the van there is that Flamborough lighthouse had magical memories of family times of laughter passed down through generations of Brown.

After the initial excitement of getting in the van tiredness overcame us like the waves hitting the cliffs at Flamborough.  The weather had also turned to rain so we parked up and decided to have a nap before enjoying a nice cup of tea with a stunning view.

We had decided our next stop for the night was to be a Brit Stop in the area of Filey. There was two to choose from. After driving to both we decided on the Bull Inn. A quiet village pub with a large slopping car park. 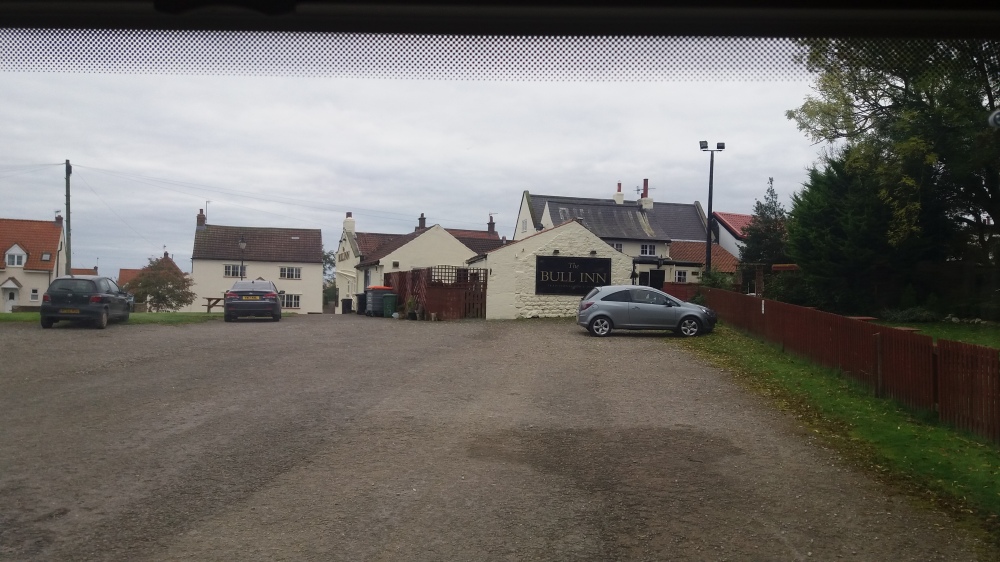 The more experienced motorhome traveller would of used the levellers, as you’ve probably guessed we didn’t bother. To be honest it wasn’t that bad unless you got off the sofa quickly, which you then found yourself heading towards the cab area quicker than usual. This was our first time with no electric hook up, which made me feel cut off from the modern world we live in.  We both have a fear of gas so were insistent on turning the gas supply off when not in use.  The knock on effect of this was that Mr Brown spent some of his time popping in and out turning the gas off.

We enjoyed having a cheeky pint with the locals watching the football before returning to our van for the evening. Tea was left over cottage pie, followed by the interesting experience of a ‘shower in the van’. 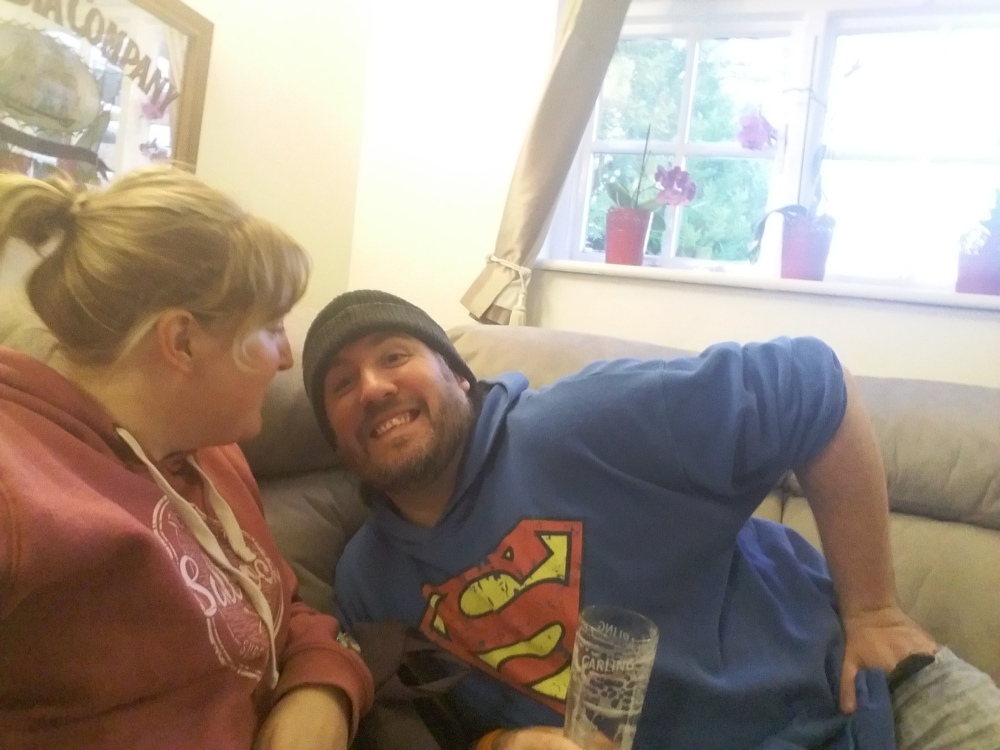 Another peaceful nights sleep and a hearty breakfast prepared ready for our travels.

The rolling hills of the Yorkshire countryside were stunning. When we were making our mind up as to wither we should take the plunge and buy our van. I had always imagined driving for miles with the sea on one side and rolling hills on the other. It was unusual to have a dream come true. It certainly was a lot more pleasurable than your normal motorway driving. Yorkshire is defiantly an area I would love to go back to and explore some more, including the walks over the moors and the small coastal towns.  At that point the only regret I felt was for the poor people stuck behind us trying to get to their destination at a slower than expected pace.

We arrived late afternoon at the Camping and Caravan Club site in Dunbar. 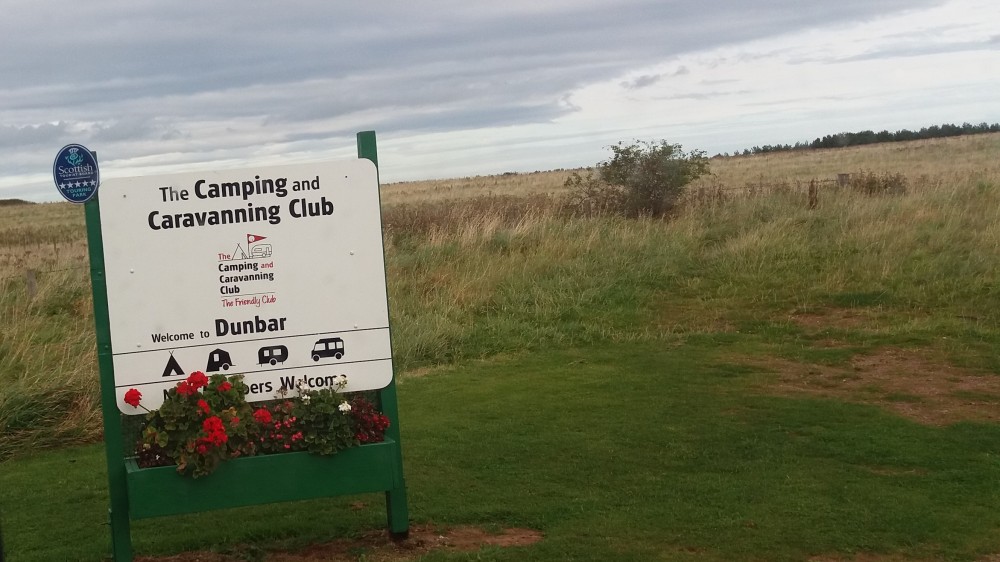 Before we lost the sunlight we decided to stretch our legs with a walk to the beach. Unfortunately we had no maps nor had we made any enquiries into the local area.  this lead us to discovering there was a golf course between us and the beach. Undeterred we decided to walk around the golf course.  We ended up at a quarry, which in Scotland it is illegal to walk over. With the light fading quickly we turned and headed back to the van.

Our pitch gave us a stunning view over the bay, meaning we could watch the water ripple against the boats while being warm and well fed with the help of a cheeky Chinese takeaway inside our van.

It was almost a shock to pull back the blinds in the morning and see water. The shock soon turned to contentment and a need for coffee. 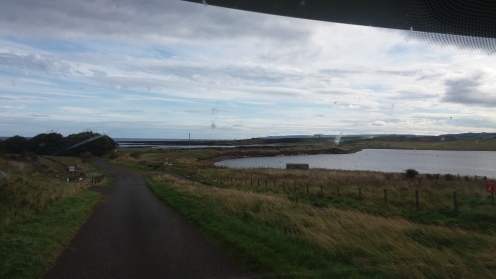 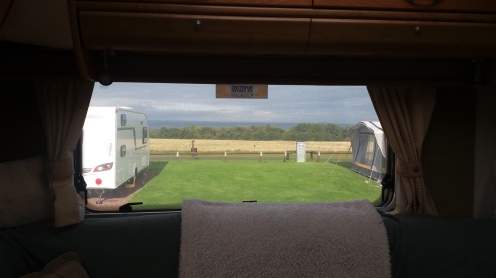 It was now Monday 9th October 17 and the last part of our upward journey which was about two hours before we reached our Scottish destination Perth. 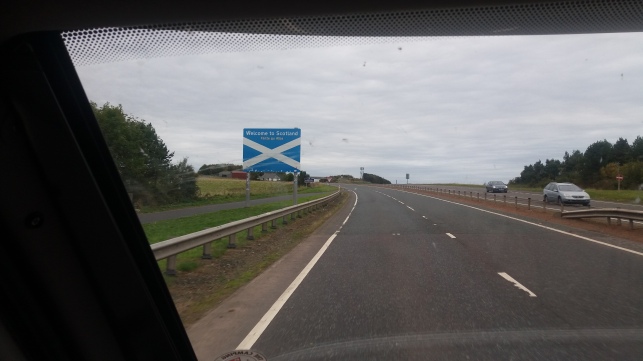 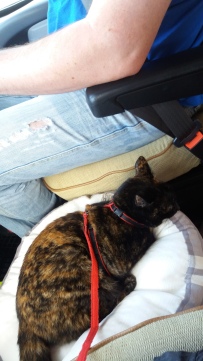